Two of the members of Yes And Toastmasters presented an improv workshop at the C2E2 Expo in Chicago this past December. The improv workshop was a big success! Garrett Gray and Mark Avignone, with the help of four other members of Garrett’s improv troupe “100% Gluten,” presented a workshop on the importance of improv to enhance your communication skills. The workshop was very popular, with over 50 participants filling the room. C2E2 stands for Chicago Comic & Entertainment Expo and is a fan convention dedicated to comics and pop culture.

C2E2 is held at McCormick Place and has been a staple in Chicago since 2010.

When Garrett told Mark to dress as “The Hulk,” Mark dressed up as his favorite wrestler from the ’80s. Everyone enjoyed a laugh at Mark’s expense, but it was all in good fun. Each presenter led the audience in a specific improv game and then highlighted why the game was important for improving your communication skills.

Mark led the group in a game called “Space Walk.” Participants walked around the room while listening to Mark’s cues. Participants explored gravity on the moon, waded through swamp water, trudged through mud, walked like a gangster in Downtown Chicago, and acted as different superheroes. It’s a great warmup game to get your body moving and to learn to be present at the moment by just having fun. The game also teaches you that body movement is an essential element with improv. If you act the part, it’s easier to play the part.

Garret led the group in a game called “Yes And,” which is why the club is called Yes And Toastmasters. In “Yes And,” participants partnered up with someone in a series of three rounds. In the first round, one person would say a sentence, but the other person had to disagree by saying “No,” and then take the suggestion in a completely different direction. In the second round, they would acknowledge what the first person said but still take the suggestion in another direction by saying, “Yes, But.” In the third round, participants would “Yes And” the other person. They agree with what the other person says and then build upon the suggestion.

“Yes And” is the foundation of improv and is a critical lesson for having excellent communication skills and learning to work with others because you want to build up the other person by supporting their idea instead of disagreeing with them. It’s important to work together as a team. For example, if someone starts the exercise by saying, “We went to the circus,” the next person wouldn’t say, “No, we actually went to a pool party.”

A better reply is to say, “Yes, and we saw clowns juggling knives.”

Other improv games that the group played were: “The Name Game,” “Red Ball,” “Hey! What Are You Doing,” and “Emotional Heightening.” Everyone that participated in the workshop had a great time, and laughter ensued throughout the 50-minute workshop. Special thanks to the other “100% Gluten” members that helped run the workshop (Xyla Gatilao, Logan Rutherford, Tyrone Grant, and Jeff McNurlan). Yes And Toastmasters meets the second and fourth Thursdays of the month at 6:40 pm. For more information, please visit yesandtoastmasters.org. 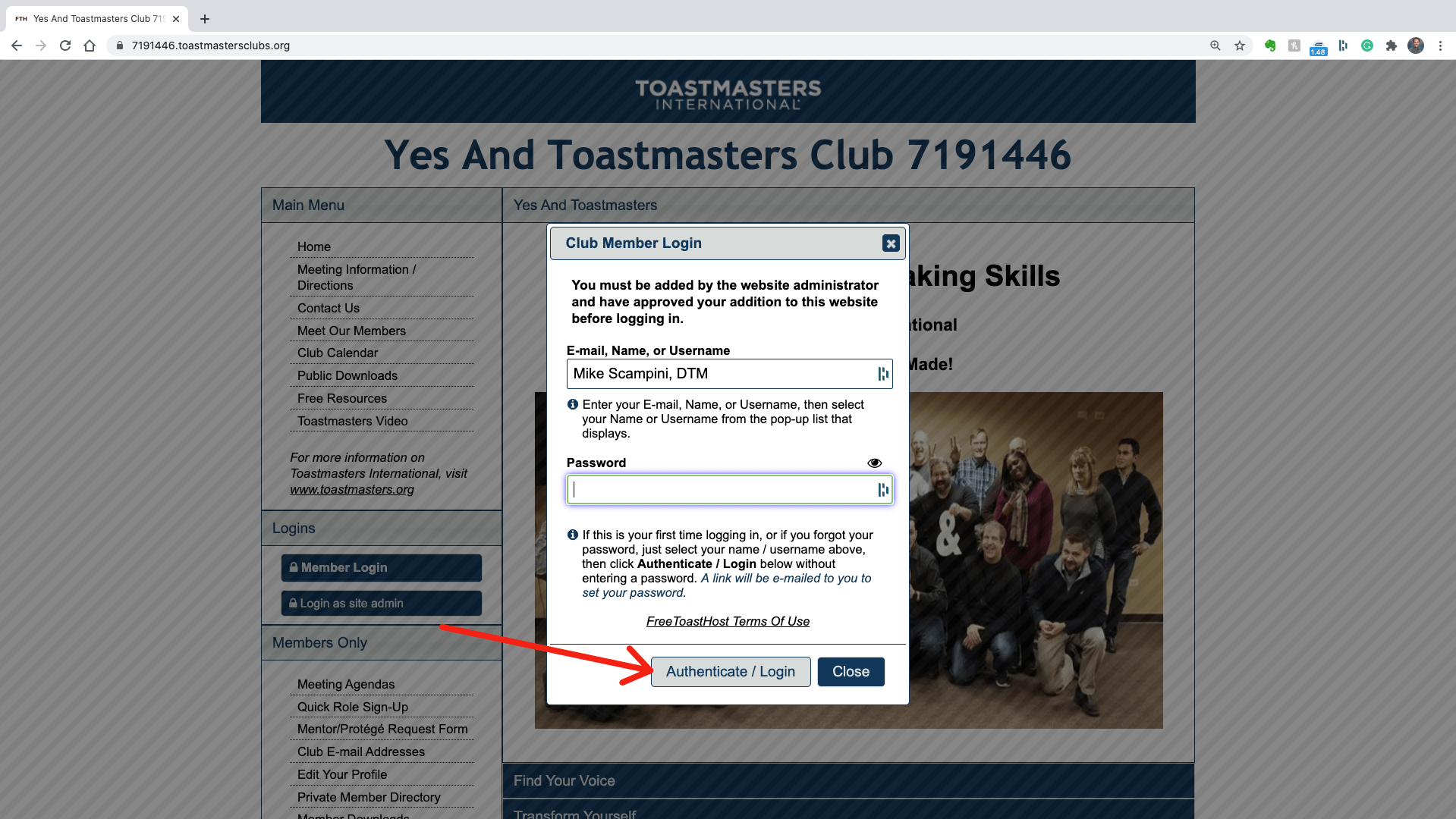 Begin by bringing up members.yesandtoastmasters.org in a new tab. Select Member Login Begin entering your name. If you are a member, you should see it appear Leave the password blank 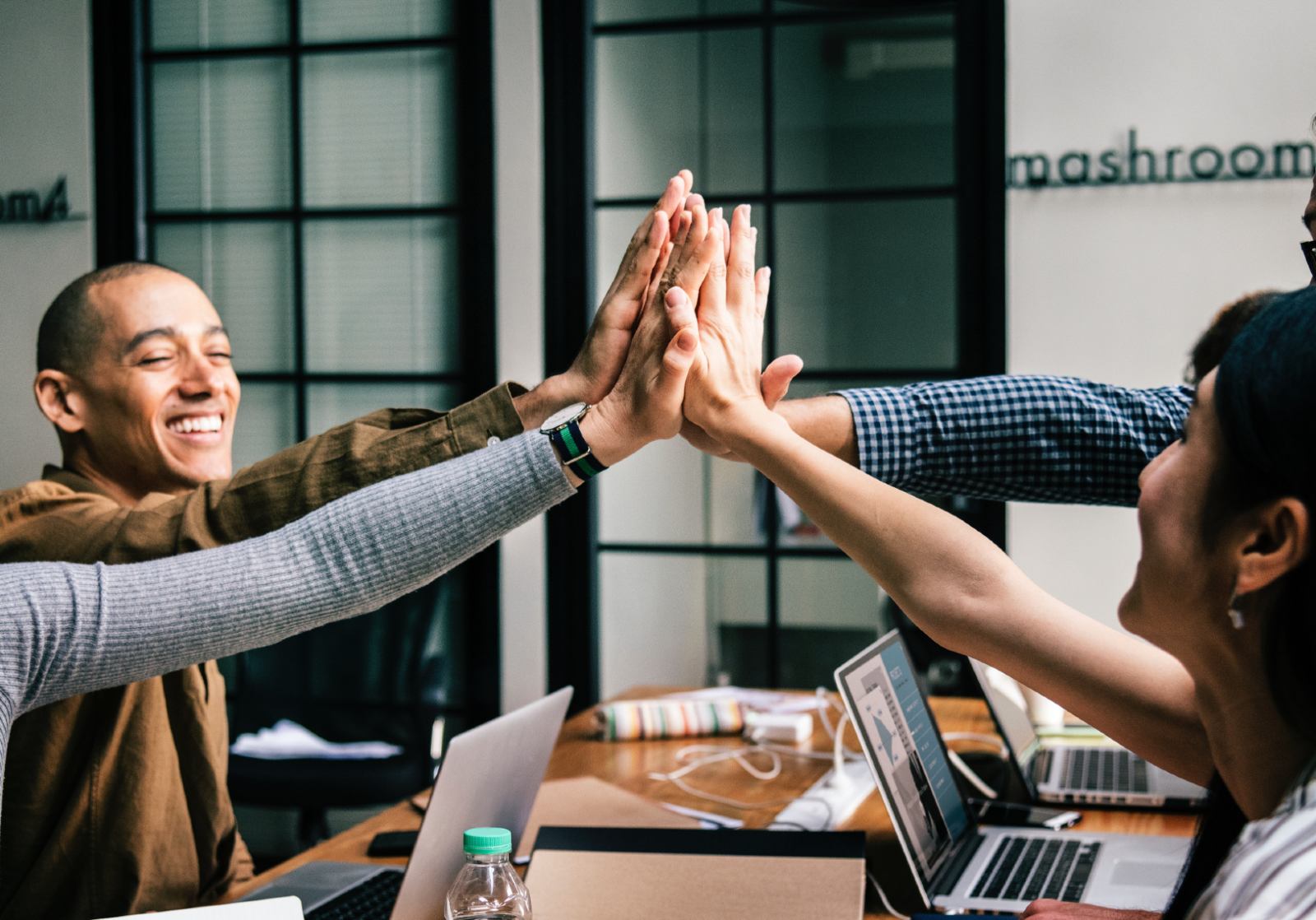 7 Improv Principles That Will Make You Socially Fearless

We meet on the 2nd and 4th Thursday of every month. Join our next meeting by registering below!

This website uses cookies to improve your experience while you navigate through the website. Out of these cookies, the cookies that are categorized as necessary are stored on your browser as they are essential for the working of basic functionalities of the website. We also use third-party cookies that help us analyze and understand how you use this website. These cookies will be stored in your browser only with your consent. You also have the option to opt-out of these cookies. But opting out of some of these cookies may have an effect on your browsing experience.
Necessary Always Enabled
Necessary cookies are absolutely essential for the website to function properly. This category only includes cookies that ensures basic functionalities and security features of the website. These cookies do not store any personal information.
Non-necessary
Any cookies that may not be particularly necessary for the website to function and is used specifically to collect user personal data via analytics, ads, other embedded contents are termed as non-necessary cookies. It is mandatory to procure user consent prior to running these cookies on your website.
SAVE & ACCEPT
Scroll to Top